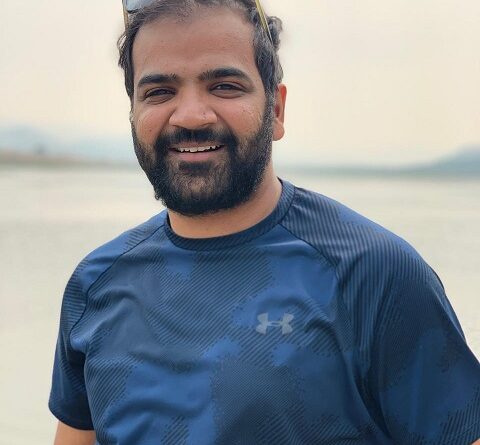 1.Tell us about your background?

I am originally from a small town in Maharashtra called Gondia near Nagpur. It’s mostly an industrial town with lots of rice processing mills.

I studied in Gondia till class 10 then moved to Nagpur to prepare for IIT JEE and AIEEE (engineering entrance exams for IITs and NITs back then). I got admitted to NIT Nagpur later, where I studied Electrical Engineering.

I moved to the US in 2009 to pursue my Masters in Computer Engineering from the University of Colorado at Boulder. I was also the President of the Indian Student Association at the university.

After working at several companies including Intel for a few years, I currently work as a Senior Firmware Engineer at a startup in San Francisco called Samsara. We make Industrial IoT (Internet of Things) products including GPS sensors and cameras for Fleets and Assets tracking as well as Industry 4.0 solutions.

2. Why did you decide to study in the US for your MS, what were the key decision points?

I use to live in a college hostel in VNIT. Every once in a while during my first year, seniors use to visit us to talk about random things and there were few of the seniors in 3rd – 4th years who were preparing for GRE or have already got admissions from US universities who use to talk about their experiences.  I think that was the reason I got inspired to come to the US as well. I was also quite interested in learning about Computer Engineering and Embedded Systems. I think traveling the world and desire to live in a foreign country was also a part of it. 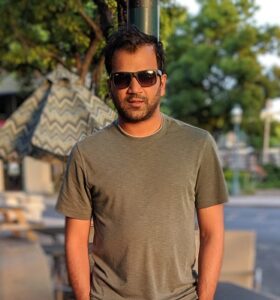 3. Tell us about your preparation for GRE and how did you manage to get admission to the university of your choice?

Preparing for GRE was pretty straightforward. You have to mug up 4000 or so English words and that takes care of a big part of the English section. The math section was fairly easy as well (for an average engineer) and most people will get full points. I joined a coaching center in Nagpur called ICAD. I think it was kind of helpful but you can prepare for GRE on your own. It took me about 4-5 months to prepare for GRE. You also have to do TOEFL, which is a test of your English language skill. TOEFL is much easier than GRE and anybody with reasonable English writing/speaking skills should be able to crack it.

For American universities, GRE and TOEFL are just one part of your admission application. They also look at your GPA, LORs (Letter of Recommendation) and SOP (Statement of purpose).

In conclusion, I would say getting into top-ranked US universities is relatively much easier than getting into good engineering colleges in India (like IITs, NITs).

4. How was the college and hostel life different in the US than in India, which one do you like more?

Hostel’s life at NIT Nagpur was amazing. I think I spend a lot more time playing LAN video games than studying! I did not enjoy many of the engineering classes though. I was not really interested in Electrical Engineering and the exams were, I feel, mostly a copy-paste operation. Most students in my batch probably other than Computer Science made any use of their engineering education.

I absolutely loved the classes at the University of Colorado! I think the biggest reason was that I had choices to study only the subjects I am interested in and also the classes were mostly project-based so it was a lot more interesting. Life in the US at the university town was pretty exciting as well. The town of Boulder where I use to live was ranked as one of the most beautiful cities in America. I also did lots of on-campus jobs and attended various events happening around so there was a lot more to learn and do other than just the engineering classes.

5 How challenging was it for you to find job post your MS, what challenges did you face? Tell us about your preparation for the job search.

I actually got really lucky while looking for jobs after graduation. It was in 2011 and the US economy was just recovering from the great recession of 2007-2009. Lots of companies were hiring. I remember I got a couple of job offer just by showing up at the interview. I barely spoke, most of the time the interviewers keep talking and trying to sell the position. Other interviews were relatively easy as well (I recently interviewed for Senior Firmware Engineer positions in San Francisco after 10 years of experience and I found the interviews significantly harder). I ended up accepting a job offer as a Firmware Engineer at Intel in California.

My Master’s classes were on Computer Engineering and I was looking for Firmware positions so most of the preparations I did were related to my class projects, theory, and some C/C++ programming. Learning fundamentals of Data Structures and Algorithms helped as well.

Campus hiring is not a big thing in the US and most of the time students apply for jobs on their own directly on the company’s websites.

Firmware engineers essentially develop code for low-level software like device drivers and microcontroller programming. C is the most popular language with some assembly as well as C++ and Python (mostly for writing test scripts and automation). I think based on the application; firmware development can be very exciting. Firmware is needed in applications like drones, self-driving cars, EVs, IoT, and Smart Toys as well as more traditional applications like storage and networking.

7. What is the scope of firmware engineers in the US and in India? Would you recommend this line of work for our student readers?

There is a lot of demand for firmware engineers both in the US as well as India.  It is among the highest paying engineering job roles. Very recently I did a job search and interviews (in the middle of a pandemic) and I was able to get multiple job offers within a couple of months in California. Companies are always looking for good Firmware Engineers.

8. You have experience in IoT (Internet of Things) as well, tell us about it in terms of scope and how can a student pick this industry?

IoT is a new emerging technology. It’s basically a network on connected devices like sensors, cameras, and machines. IoT is also a part of a much bigger trend of Industry 4.0. Applications of IoT include Agriculture, Manufacturing, Smart Cities, Smart Homes, and Fleet Management, etc.

I things there is a massive scope in IoT in different areas like firmware, software, security, system design, network management, etc.  There are a bunch of online courses dedicated to the Internet of Things.

9. Other than work, what are your other areas of interest and future plans?

I love traveling, that is one of the reasons, which inspired me to come to the US. I have traveled to multiple countries including some solo trips. I really enjoy talking to people from different backgrounds and cultures and learning about them.

I was always passionate about Robotics. When I was at NIT Nagpur I use to take part in lots of Robotic competitions. When I was working at Intel I was a part of a volunteer group and I use to teach middle school kids how to program robots (using Lego kit).

As per my future plans, I am planning to move back to India soon. The Indian startup community is growing rapidly and they are solving some really interesting problems and I would like to be a part of that.

10 What are the three most important tips you would advise our readers (students and professionals/entrepreneurs) from your experience to become successful?

You are more powerful than you think you are. Don’t be scared of taking some risks in life.

There is no substitute for hard work and you got to put in the hours to become successful at anything.

The world is changing rapidly and the skills of today might not be valuable tomorrow. Always keep learning.

11. Your favorite quote and book?

You can connect with Akash Agrawal on Linkedin.

The interview was taken by Jitendra Solanki

One thought on “Interview with Firmware expert – Akash Agrawal”